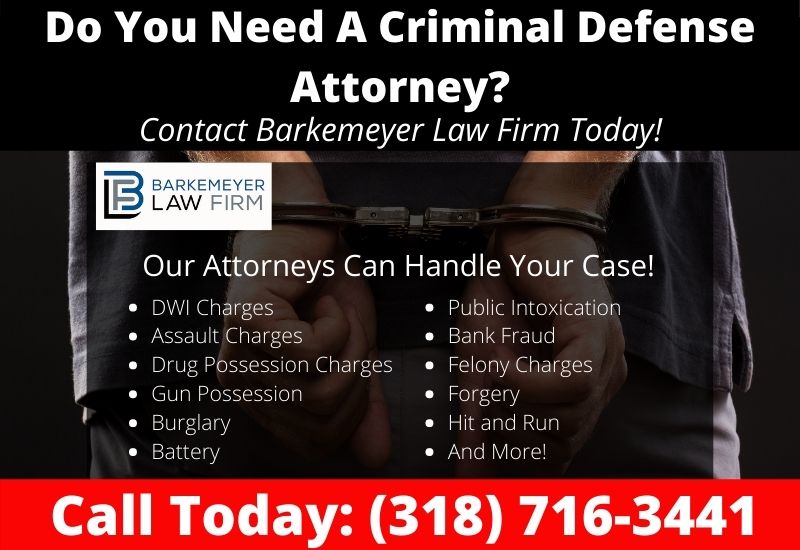 What to Do if Arrested for Shoplifting In Shreveport

In this post, you will learn about What to do if arrested for shoplifting in Shreveport. Read along to learn everything you need to know.

Shoplifting is a crime across the U.S., including Louisiana. Year after year, an estimated 46 billion dollars in losses occurs across the country. Many states and municipalities have enhanced sentences for shoplifting as it has become more prevalent over the years. Whether you decide to make the mistake of shoplifting or are someone wrongfully charged, follow along as we discuss what to do if arrested for shoplifting in Shreveport, Louisiana.

If you are arrested for shoplifting in Shreveport, many things must be considered before making any affirmative statements. One of the most important pieces of advice is not to say anything until you have legal representation.

If you do decide to speak with the authorities at this time, your statements may be used against you in a court of law and could land you in jail for months or years. You must also keep in mind that just because something was said at the scene of an arrest does not mean it will hold up in court. Keep these things in mind and always wait for legal advice before making any statements

Shoplifting is the act of taking goods from a store or retail establishment without paying for them. Though most people think that this crime involves someone sneaking items into a pocket or bag, it also includes purchasing an item and then walking out of the store without going through the checkout line and switching price tags to receive a lower price returning items for a refund.

What are the Sentences and Punishments For Shoplifting?

Depending on what state you live in, shoplifting can result in fines or jail time. The offenses that land people in prison often relate to taking expensive items, taking a number of items, having a lengthy history of theft, and/or carrying a weapon. In some cases, the retailer may press for both criminal and civil charges, which can result in even more significant fines and penalties.

In Louisiana, the punishment for shoplifting depends on the value of the item. In other words, an item that costs less than $100 would usually invoke a lesser sentence than stealing an item over $2500.

Sometimes things don’t always go as planned. There have been many people who set out to shoplift and found themselves in a long-term prison sentence. This happens when what is thought of as a simple theft turns into a robbery when confronted by store personnel. If the employee is assaulted in any way, including fighting to get away, the simple theft case just got a whole lot more serious.

How Can I Avoid Being Charged With Shoplifting?

The best way to keep from being charged with a shoplifting offense is not to steal anything. This, of course, should not be news to anyone, but it is the best advice to give when trying to keep people out of trouble.

When hiring a lawyer, it is important to choose one that has experience working with your particular charges. For example, if you are fought shoplifting in Shreveport, Louisiana, you will need to seek out an attorney in the area. Local attorneys understand the charges and the court system in which they practice.

When seeking out an attorney, here are some other things to look for when interviewing them for hire:

What Outcome To Expect

There are many times when your attorney can get your case dismissed if the evidence warrants it. In others, a good lawyer will be able to negotiate on your behalf based on the circumstances. Likewise, there are many reasons your attorney can use to lower the charge or sentence. The problem is you must have an attorney willing to go that extra mile for your case.

Finding yourself in trouble for shoplifting happens to many people in our society. Sometimes a crime was intended to be committed, while at other times, the person charged did not intend to steal but made a catastrophic mistake of placing something in their pocket and not paying for it.

Either way, hiring an attorney to represent you in the Shreveport area is your best bet. At Barkemeyer Law Firm, shoplifting and other criminal charges are a common defense that the firm has successfully taken on. Contact us if you find yourself charged with a crime and need the help you deserve.