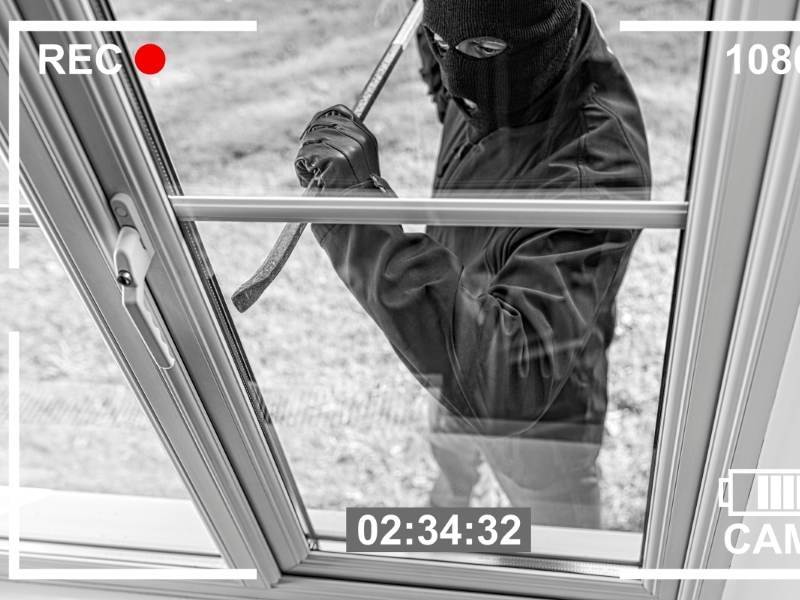 Theft is a serious crime that involves taking or using property that belongs to another person without their consent with the intent to permanently deprive them of that property. If you have been arrested for theft, you have either been charged with misdemeanor theft or felony theft.  If the value of the alleged stolen item is less than $1000, then the charge should be a misdemeanor theft. There are other types of theft charges that have a theft component to them although they are found in a different Louisiana statute.

There are many different types of theft, including access device fraud, bank fraud, burglary, car theft, computer fraud, forgery, identity theft, issuing worthless checks, shoplifting and robbery. While all of these crimes have the same basic elements, they also have slight variations and different possible punishments if you are found guilty. Here’s a brief overview of the different types of theft charges and how a Louisiana theft crimes lawyer can help.

Different Types Of Theft Charges And Why You Need An Attorney

Below you will read all about the different types of theft charges and how hiring a criminal defense attorney can help. Read on to learn everything you need to know about hiring an attorney for your criminal charges.

Access device fraud is a type of theft charge that involves first taking the victim’s information, account number, or credit card, then using that information to permanently deprive them of money. The law states that no person shall without authorization and with the intent to defraud transfer an access device to another person, possess an access device issued to another person, or use, possess, or transfer device-making equipment or a counterfeit access device.  “Access device” means a person’s social security number, driver’s license number, birth date, mother’s maiden name, checking account numbers, savings account numbers, personal identification numbers, electronic identification numbers, digital signatures, or other means of account access that can be used to obtain anything of value, whether contemporaneously or not.  Access device fraud is a wide-accompanying theft charge that includes a lot of different possible types of theft activity. The penalties are the same for the theft penalties stated above. The penalties are based on the alleged stolen value of the fraud. The value is determined by adding up all the illegal transactions involving access device fraud. For example, if a credit card is falsely run 10 times for $100/each, the value of the theft would be $1000, which is a felony.  The judge would also order that the convicted defendant pay back all the money that was stolen.

Bank fraud is a different type of theft charge because it involves permanently depriving a bank of money or the money held in a bank by a customer.  The most common bank fraud scenario is when the defendant goes into a bank with a forged check and presents it for payment. The bank gives him money on the check, only to later determine he was not the proper payee or the amount was forged by him. The usual problem for the defendant is that to cash the check, he had to give identifying information such as his driver’s license as well as the fact that the bank was filming the cashing of the check. Bank fraud is a felony charge that carries up to 10 years in prison. Just like most theft charges, the judge would order him to pay it back.

Burglary is a different type of theft charge because it involves committing a theft in a residence or business without authorization to be in that place. Simple burglary of an inhabited dwelling is when someone goes inside another person’s home without consent to enter and commits a theft or felony within that residence. This charge carries a sentencing range of 1-12 years in prison.

Burglary of a car, or car theft, is similar, although the sentencing range is 0-12 years in prison. The difference between burglary and robbery is that a robbery is the taking of something off of the victim’s person or in their immediate control. Burglary is going in their house and taking something when the victim doesn’t know.

Computer fraud a different type of theft charge that involves the accessing a computer or computer system with the intent to defraud the victim or obtain money by fraud, including the fraudulent alteration, deletion, or insertion of programs or data.  This is basically hacking. When a defendant finds a way to log into a computer network to steal money, that is computer fraud.  If the defendant is convicted, he could be looking at a fine of not more than $10,000, or imprisoned with or without hard labor for not more than 5 years, or both.

Forgery is the altering or forging any document that is purported to be written by someone else with the intent to defraud. This is a type of theft charge because it is usually done in the context of forging checks or other documents to get paid money. Many times, a defendant that is charged with bank fraud and theft will get charged with forgery as well if he is accused of forging a name on a check. Forgery is a felony charge punishable for up to 10 years in prison.

Identity theft is a common theft charge that we see prosecuted. Identity theft is the intentional fraudulent use by any person of any personal identifying information of another person to obtain, possess, or transfer, whether contemporaneously or not, credit, money, goods, services, or anything else of value without the authorization or consent of the other person.  Identity theft is a felony charge that judges punish harshly. The sentencing ranges are based on the value of the theft and if the victim was elderly.

To be convicted of issuing a worthless check, a person must have willfully written and attempted to use a bad check from an account he or she knew had insufficient funds with the intent of defrauding the recipient.  Issuing worthless checks in Louisiana is a felony charge with a sentencing range based on the value of the check.

Robbery is a theft that involves using force, intimidation, or threats to obtain property. This crime often carries a stricter penalty than regular theft due to the added element of threat. The primary difference between theft and robbery is the immediate fear placed in the victim.  Simple robbery is the taking of anything of value (theft) belonging to another from the person of another or that is in the immediate control of another, by use of force or intimidation, but not armed with a dangerous weapon.  Armed robbery is the taking of something from another while using a dangerous weapon. This charge carries 10-99 years in prison, without probation or parole.

In Louisiana, it is illegal for a person to buy, receive, conceal, or sell property they know has been stolen in any way. The crime of receiving stolen property, or illegal possession of stolen things, may be charged as a misdemeanor or a felony, depending on the value of the stolen item. This is a different type of theft charge because the defendant who received the stolen item knows that it is stolen and is intentionally depriving the owner of it.

This theft crime involves stealing goods from a store. Shoplifting is one of the most common property crimes in Louisiana and is punishable by a mandatory fine up to $1,000 and/or up to six months of jail time, if the stolen good amounts to a value of less than $1000. Shoplifting could be bumped up to a felony theft if the value is $1000 or more. Shoplifting is a serious crime, so you don’t take it lightly.

Have You Been Charged With Theft? A Louisiana Theft Attorney Can Help.

Whether you’ve been charged with misdemeanor theft, felony theft, or any of the different types of theft charges above, it’s important to start building your defense with your theft defense attorney. There are many factors involved in a theft case, and defending yourself against theft charges is nearly impossible without a defense lawyer to help you. With your freedom at stake, choosing the best Louisiana theft attorney is one of the most important decisions you’ll ever make.

Our attorneys the Barkemeyer Law Firm have more than a combined 100 years of experience defending clients in criminal cases in Louisiana. You can read more about our firm and locations on this page here.

Our criminal defense attorneys will work hard to challenge the evidence presented against you and develop a defense strategy to get your charges reduced or dismissed. Remember, just because you were charged with theft does not mean you have to go to court and take the charge. The prosecutor must prove beyond reasonable doubt that you had intent to steal, that the property did not belong to you, and that it was actually you who stole the property. There are many possible defenses to a theft charge, and an experienced Louisiana theft attorney has the resources to uncover them.  Even if you have a poor defense to your theft charge, we know how to get outcomes in cases to minimize the damage to our clients.

If you’ve been charged with theft, feel free to contact our theft lawyers for a consultation. You should now have a better idea of the different types of theft charges and how a lawyer can help!

different types of theft charges and how a lawyer can help