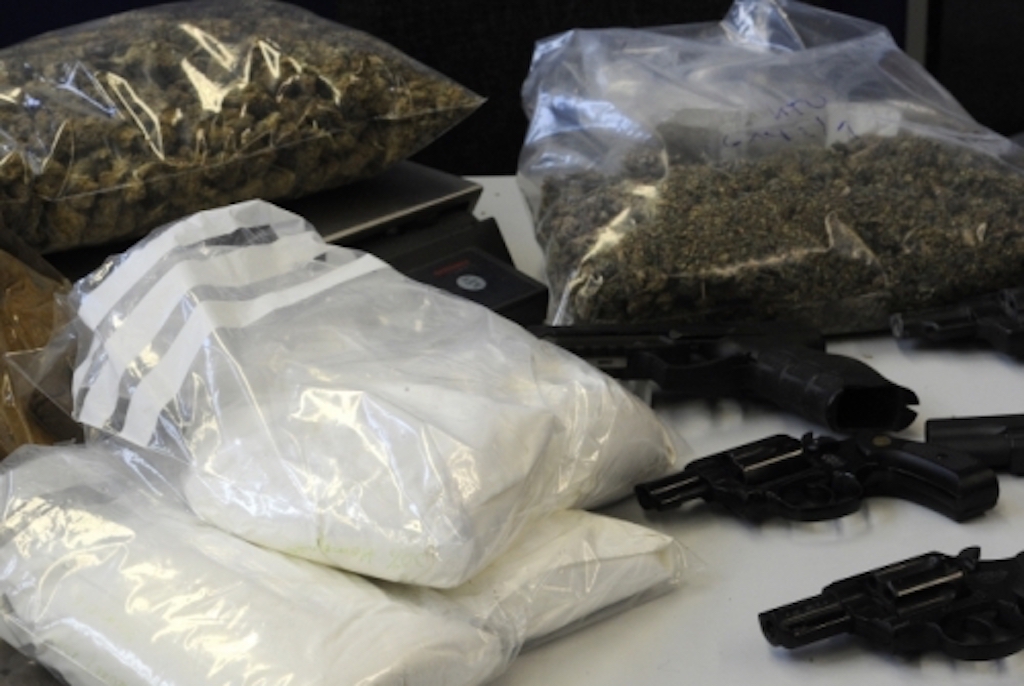 Possession of a Controlled Substance with Intent to Distribute

If someone is found by the police to be in possession of one of the scheduled controlled substances without a valid prescription and other facts are present o believe he/she was in possession to sell or deliver to another person, the police will likely book them for intent to distribute. The facts required to add the charge of intent to distribute on top of the simple possession could include the large amount, cash, baggies, scales, form of packaging, other people involved in moving the drugs, and more.

Is Possession With Intent to Distribute a Felony?

Yes, possession with intent to distribute is a felony charge in Louisiana. Depending on the type of drug and amount of drugs, you could be facing a mandatory minimum sentence. Possession with intent to distribute is considered a felony because it carries the possibility of a hard labor sentence. On the other hand, misdemeanor possession does not carry possible hard labor, only parish jail time, probation and/or fines.

Possession with Intent to Deliver

Possession with Intent to Supply

Having a clean record when you pick up a drug charge can help. It all depends on the jurisdiction and the amount of drugs. If you get a possession with intent to distribute first offense charge in a rural area and you were carrying 50 pounds of heroin, you can be sure the judge does not care that you have a clean record. He will likely sentence you to prison for many years. On the other hand, if you had a small amount of cocaine, meth, or marijuana, your clean record may help us work out a good deal with the prosecutor. Many possession with intent charges have mandatory minimum sentences which can allow for probation but may prevent you from removing it from your record. Our goal is to always try to get the prosecutor to work with us to reduce the charge so our client can get it removed from his record.

Possession with intent to distribute jail time varies based on the schedule of drug and the quantity of the drug alleged to have possessed. If the type of drug is not heroin or fentanyl and the amount isn’t too large, you may be able to get probation or better if you’re criminal record doesn’t look too bad. That way, you could avoid jail time for your possession with intent charge altogether.  However, if you’re convicted of moving 10 pounds of fentanyl through Louisiana, the judge would sentence you between 5-40 years hard labor. Depending on the judge and your background, the jail time you could receive for possession with intent could be around 15-20 years for that amount.  Judges in Louisiana take fentanyl possession cases very seriously.

Occasionally, we are asked if someone can get arrested for intent to buy drugs. There is no intent to buy drugs charge in Louisiana. Either you possess it or distribute drugs. If the person only possesses cash but not drugs and then meets up with a drug dealer, there can be no arrest of the buyer until he buys the drugs and possesses the drugs. If a police officer sees someone driving around a known drug area going slowly as if looking for a dealer, the officer might look for something wrong with his driving or his vehicle and make a stop.

What is Attempted Possession?

This is the same scenario as stated above. For instance, a defendant is arrest for distribution of drugs which carries a sentencing range of 5-40 years in prison. If the prosecutor agrees to reduce the charge to an attempt to distribute charge upon the defendant pleading guilty, the sentencing range is cut down to 0-20 years. Now, the judge can’t go above 20 years on the sentence.

If Your Passenger Has Drugs

If your passenger has drugs, does that mean the drugs are yours? Not necessarily. For example, four people are riding in a car with 5 pounds of marijuana in a bag in the backseat, the police might arrest all four people with simple possession or even possession with intent unless someone speaks up and says it is his only and that the other passengers didn’t own or control the drugs. Nevertheless, just because someone is riding with someone who has drugs doesn’t mean that passenger is in possession even if he knows there are drugs there. If the passenger doesn’t own or control those drugs, he is not in simple possession of those drugs. Constructive possession is when drugs are found not on the defendant’s person, but circumstantial facts could prove the defendant possessed those drugs. For example, drugs found in the trunk of the car could support constructive possession.

Distribution, Manufacture or PWID (more than or equal to 28g) Ecstasy (MDMA) 1-20 at hard labor

Distribution, Manufacture or PWID, Possession of Fentanyl (more than or = 28g) 5-40 at hard labor

Conspiracy to Distribute a Controlled Substance

Conspiracy to distribute a controlled substance and conspiracy to possess with intent to distribute cases arise when multiple people are engaged in the possession of drugs. Usually, they are accused of trafficking the drugs and are stopped in a vehicle or at the airport or bus station. Police may seize multiple bags from co-defendants that were traveling together. Also, conspiracy arrests happen in drug trafficking situations where there are two cars following each other, and one car has the load. The police might arrest both even the car without the load if they believe there are facts to prove both drivers were conspiring together to move the load. More specifically, it must be proven they were both engaged in acts to possess the drugs with intent. Many defenses can exist in conspiracy drug cases.

Defenses to the Charge

A legal defense to this charge is the accused person’s lack of intent to possess and knowledge about the presence of drugs. The prosecutor must prove that the defendant had knowledge and intent to possess drugs and that he had dominion and control over the drugs. The prosecutor may try to prove other circumstantial facts that they believe tend to show intentional and knowing possession. We know how to beat drug cases on many different levels. We leave no rock unturned in developing defenses. The stop and search are always heavily analyzed applying the most recent Louisiana law and federal constitutional case laws. If you have a bad case, we know how to fight to get the lowest possible sentence and plea agreement. If you are a first-offender, that gives us even more options to get a great result and protect your criminal record for the future. If you need a drug defense attorney in Louisiana for your possession case, contact us anytime.