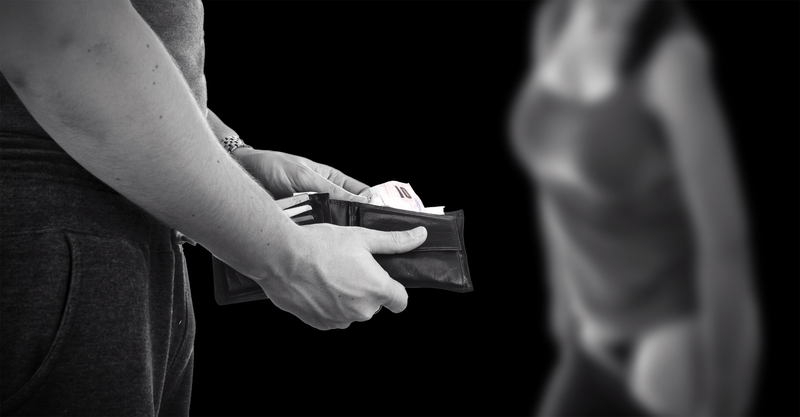 We are New Orleans criminal defense attorneys that defend those charged with Prostitution, Pandering, and Solicitation in New Orleans, Louisiana. The offense of Prostitution in Louisiana is a misdemeanor on the first conviction with a sentencing range of up to six months in jail. Prostitution second offense is a felony that carries up to two (2) years in prison. Third offense is a felony that carries two to four years in prison. It doesn’t matter if the prior convictions occurred in Louisiana or out-of-state. Therefore, this is a charge that must be handled appropriately from the first one.

Prostitution occurs when one person compensates another for sex. It is also the solicitation by one person of another with the intent to engage in indiscriminate sexual intercourse with the latter for compensation.  Many charges for prostitution stem from the use of advertising online. Appointments are scheduled and undercover police are present. Nevertheless, there may be various defenses to this charge, depending on the facts of the case. Our New Orleans prostitution defense attorneys know how to fight these charges and get great results.

Soliciting for Prostitution in New Orleans involves persuading, coercing, inviting, or transporting someone for the purposes of prostitution. It is basically asking someone to engage in prostitution. Soliciting is a misdemeanor offense in Louisiana and carries a sentencing range of up to six months in jail. It is a charge that can hurt the defendant’s record. Our New Orleans criminal lawyers at the Barkemeyer Law Firm can help handle this charge with the goal of keeping his client’s record as clean as possible.

An individual engaging in sexual intercourse of any form with a person or a group of persons for compensation.

Another individual soliciting someone else in engaging in this kind of an act and behavior for a result of compensation.

Payment doesn’t have to be money as it could be anything that has monetary value and so forth. If a person finds themselves in a situation such as this and is being charged by the law, it is best to seek help from a legal advisor as prosecutors take it a lot seriously.

Generally, when it comes to sexual intercourse, it has quite a broad term and it includes:

All of them can result in a person being charged with prostitution as not just one is required for that to happen. A person just has to as much as giving off an attempt of enticing another to engage in sexual activity for money and they stand a chance of being slammed with criminal charges according to the law.

A person charged with the solicitation of prostitution would face up to 500 dollars fine with a 6 months jail sentence if it is their didst offense. Fine for a second offense ranges from 250 dollars to 2000 dollars with jail time of up to two years. A person facing their third and subsequent conviction stands a chance of getting a jail sentence of 2-4 years in prison and a fine of 500 dollars and 5000 dollars. Prison time could be with or without hard labor as the case may be.

You should note however that after your fifth charge, you will go back to being charged like it is your first time. It is best to seek a legal practitioner to help you with all the explanations you need concerning your case and concerning charges you might face.

Defending Against Prostitution and Solicitation Charges

Sexual crimes are taken very seriously in the state of Louisiana and being charged with a crime such as these can lead to a long time behind bars plus a lump sum of fine you might find difficult to pay up. A person who has been charged with solicitation could always plead a good number of defense options such as it being a mistake, lack of proof, entrapment, insufficient evidence and so on. This could be used as a basis for why you committed the crime or why you didn’t. The prosecutor has the job of proving to the judge that indeed you did solicit for prostitution in exchange for money or something of monetary value. Without good evidence and witnesses, it is very difficult for a prosecutor to make a good case to show that you were involved in the solicitation for prostitution.

To get your case going and to get it going well, you need the help of a professional and experienced defense attorney in the state of Louisiana. One who can respond immediately you’ve been reached out to and finds means of getting your prostitution or solicitation charges dropped completely or reduced to the littlest sentence. Some of this includes negotiation on a plea bargain, finding ways of suppressing evidence or raising defenses as the case may be. Once you have been charged or accused of any of these crimes, it is advisable to contact an attorney as soon as possible to begin the processes on your case. Getting a criminal defense attorney is a lot better than getting a general practice attorney as they have more experience with situations like this and are well acquitted with the judge and even the prosecutor which could go a long way in helping your case. Whatever the situation might be, it is important to understand how crucial delay can be to a case and why you do not want to risk it.

Having such a conviction on your record can affect your life. It can cause estrangement between you and your loved ones, lead to a divorce, make it hard to go to school or apply for a scholarship and so on. This could end up ruining your life in the long run and chances shouldn’t be taken and charges taken for granted. Contacting a good defense attorney helps you fix all this and so much.

A good attorney should be able to help you in and out of court by getting you any form of therapy or rehab you might need to help you and also listen to whatever you have to say. They should also be able to be transparent and let you know just how far your case is going and any updates you need to know.

Pandering is a serious charge in New Orleans, Louisiana. It is a felony that carries up to five years in prison. Pandering is basically pimping. It involves persuading, encouraging, or causing someone to engage in the practice of prostitution. It also in includes acts such as transporting any person for the purpose of promoting prostitution as well as receiving money from a person for engaging in prostitution. This charge must be taken seriously because it can end up in jail time.

The New Orleans prostitution lawyers at the Barkemeyer Law Firm are experienced in representing clients charged with Prostitution, Soliciting for Prostitutes, and Pandering. We will be able to evaluate your case and explore defenses as well as provide a mitigation strategy.

If you have been charged with prostitution, the best thing to do is to get yourself a criminal defense attorney to represent you in court and here at Barkemeyer Law Firm, we are more than willing to do the needful. It doesn’t matter if you are a victim of sexual crime or you have been charged with the participation in the state of Louisiana, everyone had the right to get a lawyer to represent them when the time comes. So, if you need a lawyer to represent you in Orleans Parish and all of Louisiana, you can contact us immediately as time is a very crucial factor in criminal defense. We strongly understand how scary it can be to face these charges on your own and we are more than willing to help and build a strategy to work for your case. We offer you so many services here at Barkemeyer Law Firm focusing on criminal defense. We are a top New Orleans criminal law firm and can help you with your case.

You should also know that our services are not limited to these alone and with giving a tailored defense to fit each crime as each crime requires a different approach.

Our Criminal Defense Attorneys Can Help With Prostitution Charges In NOLA

A criminal defense attorney in Orleans parish to help you with your charges isn’t so far from you and you can contact Barkemeyer Law Firm criminal defense attorney to help you with all your sexual related charges. Here at Barkemeyer Law Firm, we truly understand how devastating it can be to face sex charges alone and we give our best to help you. We build individually tailored strategies to fit each case as we understand one approach cannot suit all.

We have years of work experience in court and we are well acquainted with both the local and federal courts, putting us in a better position to help get your charges dropped completely or reduced to a significant amount.

It doesn’t matter if you are a visitor at New Orleans or just visiting Louisiana in general, our services cover everyone. We also cover college students and tourists who might be facing such charges and do our best in protecting criminal records so it doesn’t affect your life in the nearest future.

If you are looking for a defense lawyer in New Orleans or Jefferson Parish, Barkemeyer Law Firm can help you with your case and people from all over Louisiana. Our services cover visitors, tourists, residents, and students who require our help as we give our best output regardless of who you are.

We understand how scary it can be for a person to be facing the charges alone and we are here beside you every step of the way. We have been representing people in court for years and are experienced in situations like this plus we can defend you in local or federal courts, whichever the case may be. We also ensure you get the help you need out of court such as therapy or rehab and so on depending on what your case is about. So, if you need a criminal defense lawyer in New Orleans, why contact Barkemeyer Law Firm criminal defense attorneys today.

Contact our prostitution defense attorneys at the Barkemeyer Law Firm at 504-226-2299 to discuss your case. We also defend clients for a range of other charges such as DUI, DWI, drug charges and more.