Illegal Use of Weapons Lawyer in New Orleans

The State of Louisiana has given more gun rights to its residents than other states in the country. This doesn’t mean that illegal use of weapons would be left to slide in the state.  Gun owners may have rights up to an extent, especially when their firearms are registered. 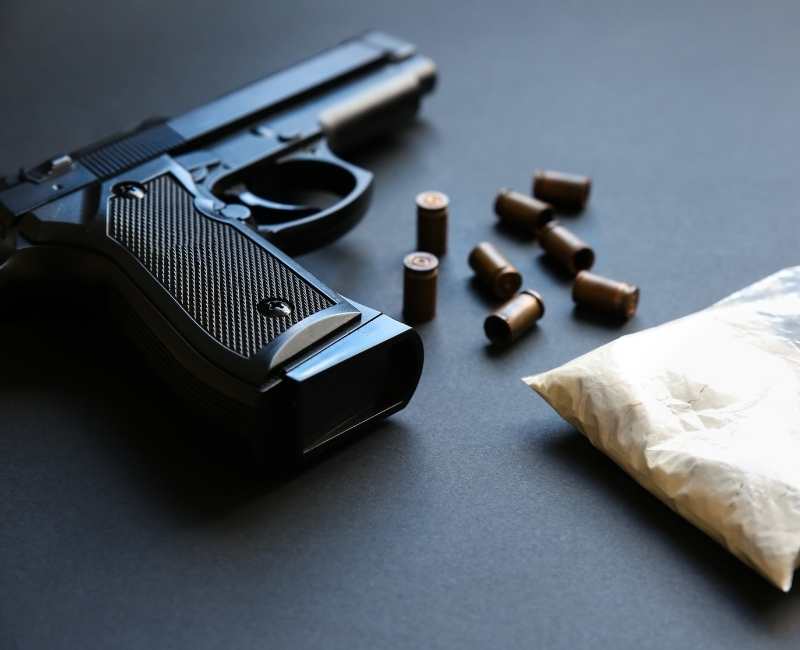 When Caught, What Do You Do?

Immediately you are caught using weapons illegally, what should you do? Should you start talking to the cops, saying incriminating things, or should you ask to see your Illegal Use of Weapons lawyer in New Orleans immediately?

The latter is the better option. No matter how the officer may seem calm or wanting to help, they have no intention of doing that. Their job is to arrest you and build up a case against you, with the aim of putting you behind bars or with a fine. At the end of the day, you are left with a conviction in your records. Don’t be tempted to plead your innocence without an Illegal Use of Weapons lawyer in New Orleans around to direct you.

The perfect option is to keep mute and call your Illegal Use of Weapons lawyer in New Orleans immediately. This saves you a lot, by preventing you from saying things that would incriminate you.

What is Illegal Use of Weapons

This is the intentional act of using a firearm to bring injury or death to another human being. It could also include the throwing of a substance or object at someone with the aim of either causing death or harm to the person.

The State of Louisiana is against such, and this could lead to more serious charges like attempted murder.

How Can You Defend Yourself?

The first way to defend yourself is to get a criminal attorney that knows his onion to defend you. The attorney looks at every aspect of the case to see if there is a chance that it was an attempt of self-defense. Did the person come at you? This is one question that should be asked. Were you trying to protect yourself from an assailant when you fired the weapon? If yes, it could be used to your advantage. Depending on the case at hand, a private detective can be used to investigate the intricacies of the case to see if that angle could work.

How credible are these witnesses? Were they drunk when the incidence happened? Have they been convicted of a crime before, making their defense questionable? Have they perjured in court, or is their mental state unstable to testify in court?

If the witnesses are credible, this could be used to your advantage, and the charges could be dropped.

What of expert witnesses? Is there a chance that an expert witness can recreate the scene of the crime, in a bid to show that you were innocent? How credible is the witness? Can he be brought to court to testify against you, especially when it is a murder charge or attempted murder charge?

If it is possible, your attorney can be used to your advantage.

What of the witnesses that are to testify against you? How credible were they? Have they been convicted of a crime in the past? Have they perjured in court in the past? Are they insane or were they drunk when this occurred? These and more have to be asked.

Sometimes, officers tend to make mistakes in their defense and this could be used to your advantage. Did they mess up evidence? Did they try to cut through corners and ended up carrying out illegal things?

There is the option of a plea bargain. The truth is that attorneys have to prosecute a lot of cases monthly, and can’t focus on all of them with equal effort. A plea deal can be reached by your illegal use of weapons lawyer in New Orleans from Barkemeyer Law Firm and the prosecutor.

Depending on the intricacies of the case at hand, the attorney can come up with different strategies for the case

Normally, a person that has committed the crime of illegal use of weapons or dangerous instrumentalities may end up being fined a thousand dollars, especially when it wasn’t added to a charge of attempted murder, manslaughter or murder.

If the person isn’t fined, he or she may spend below two years in prison, especially when it is the first crime.

In some cases, the penalty maybe both.

If it is a repeat offense, the arrestee may be imprisoned to a jail term of at least five years, and at most seven years. There won’t be an option of suspension of the sentence or probation.

If the repeat offense was done at least five years after the first one, such a case shall be treated as a first offense. What this means is that the person shall be treated the same way a first-time offender is treated.

When a person discharges such a firearm from a car in a public place, with the intention of harming or scaring someone else, such a person shall be sentenced to at least five years in prison, though not more ten years. There won’t be any chance of suspension of sentence or parole.

When someone commits this crime by firing a weapon while trying to commit another crime of intimidating someone else or violating the Uniform Controlled Dangerous Substances Law, may end up behind bars for at least ten years, though not above twenty years. This sentence goes with hard labor. There is no chance of suspension of sentence or probation.

When you face this, you need an attorney from Barkemeyer Law Firm that knows its onion to handle your case and try to get you the best possible outcomes. Talk to us today.