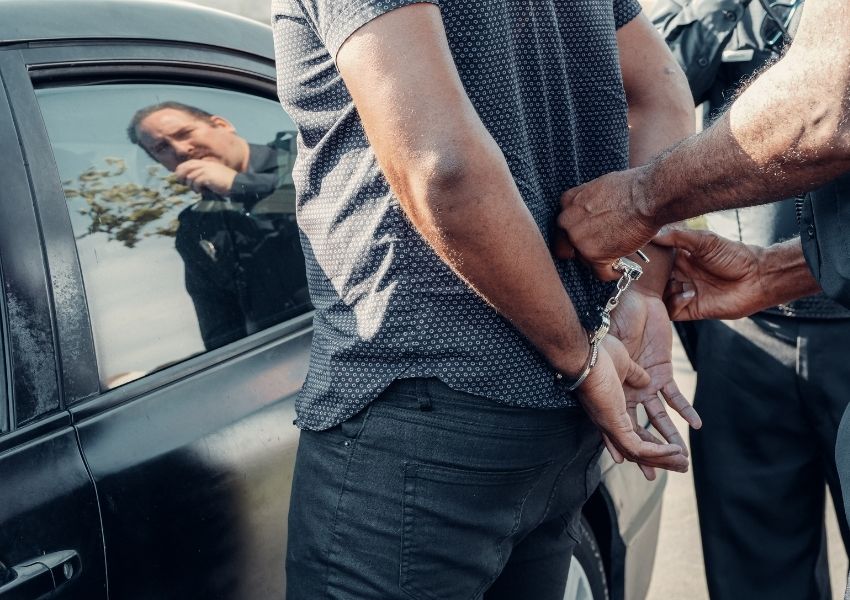 Before a person can be considered for a charge for Disturbing the peace they must have gone against the law(s) guiding this charge and should be prosecuted.

Some of the laws that guide disturbing the peace are listed below, let’s have a look:

1. No one should be caught indulging in unnecessary fights or trying to stir up a fight where there is no need for one.

2. No one should be caught addressing another with the use of abusive language or vulgar words, especially when there was no major cause. Such acts are uncalled for.

3.  Do not be caught sleeping in public places. There’s a reason people have a home and beds to lay on, make use of your own.

4. On no account should you get dizzy and drunk in public as a result of excessive intake of alcohol, which might lead to the destruction of properties?

What are The Possible Scenarios That Can Get Me Punished for Disturbing the Peace?

Some of the possible mistakes that people make which usually end up getting them punished for disturbing the peace according to the LA RS 14:103 Louisiana state laws include:

1.  Getting involved with violence and causing trouble to the inhabitants of a place

2.  Going to a gathering, especially a funeral and then start disrupting the whole funeral process by initiating or exhibiting high pitched noises or loud gestures or even trying to get other people in attendance to join your mission, severe penalties await.

3. When you go to any large gathering, especially funerals, ensure that you do not try to prevent people from getting a passage and joining in the ceremony by blocking all possible entrances.

4. If you are one who quickly gets intoxicated by alcohol, then keep your alcohol activities at home as getting drunk and spewing trash publicly is considered a huge crime of disturbing peace, and someone might just persecute you if they feel your kind should be rotting in jail.

5. Avoid every activity which poses you as someone who loves to engage in fistfights. Also, if you love engaging in fistfights, it’s a crime and it’s a charge under the law of disturbing the peace.

6. Trying to oppress or intimidate someone else by using vulgar and highly offensive terms in a bid to cause them harm or threaten them, it puts you out as a disturber of the peace and can earn you penalties in court.

What Are the Possible Penalties For Indulging In Disturbing the Peace in Gretna?

Every penalty issued in Disturbing the peace cases is different from the rest because each of the charges comes with a special punishment.

That said, here are some of the punishment that gets spelled out in unrepentant offenders of this law according to the LA Rev Stat § 14:103 state laws:

2.  When you are caught in the process of trying to interfere or disrupt a funeral gathering or procession, a fine of $200 awaits you, including a period of confinement for not less than 6 months.

3. A riot is seen as one of the highest forms of disturbing the peace, so if you are caught participating or cheering on a group of rioters, you get to earn yourself a period of 6 months imprisonment and a fine of not less than $500. In case you joined in a protest or riot, and innocent people secure body injuries, you will get sentenced to 5byears imprisonment. If the death occurred, you will be sent into confinement or incarceration of not less than 21 years.

4. Access device fraud that amounts to less than $1000 in value, shall get imprisonment that lasts for six months, or better still, get a fine penalty of $500 or both

5. If you get caught blocking an entrance or interrupting the passage of individuals in a gathering, you will be made to serve a jail term of 5 months and you will pay a fine of not less than $500.

6. Also, if you are caught using your car to pollute the sounds we hear by making highly disturbing sounds with it, you are definitely getting a jail term of 30 days, you will be stopped from using your driver’s license for some period of time and you will pay a fine of $ 200. If the noise pollution was done close to a hospital or place where we go to worship, you will earn a 30 days jail term.

What Do I Do If Charged With Disturbing the Peace in Gretna?

When you get faced with a disturbing the peace charge, ensure that you don’t let things go overboard by making noise and incurring more charges in the process. Instead, think of ways to get you a lawyer that will help your case.