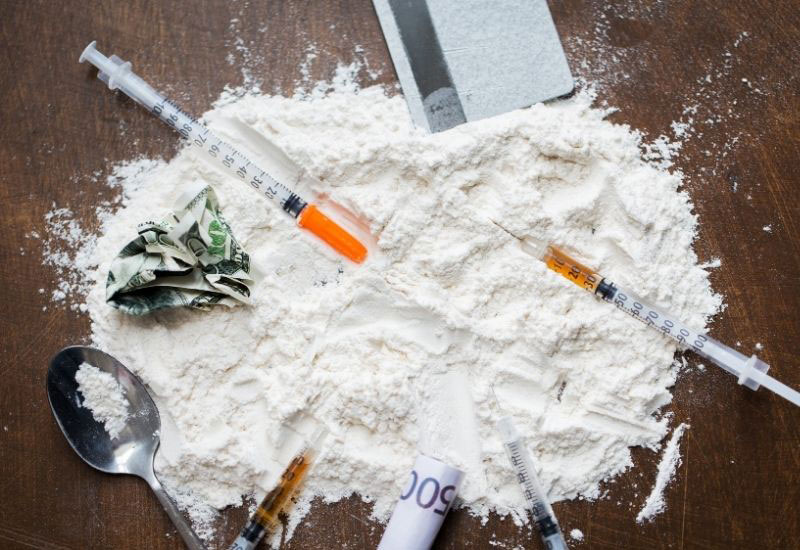 How To Get Your Drug Possession Charges Dropped

PRO TIP: You can also read more on the topic by checking out this blog post on how to get drug trafficking charges dismissed.

What Is Drug Possession?

Drug possession is the criminal act of knowingly and willingly possessing illegal substances such as heroin, crack/cocaine, marijuana, and more. According to the Department Of Justice, drug possession charges in the United States make up close to 80% of arrests that relate to drug charges and drug crimes.

Drug possession crimes have doubled in recent years. This is due to police and law enforcement campaigns which target possession charges in addition to various other factors.

Possession is the term that is used when an individual is knowingly in possession of an illegal and/or controlled substance.  This can occur in various ways and can have different factors that will impact whether charges are pursued or dropped.  We will go over all of that in the following sections.

What Happens When You Are Charged With Drug Possession?

When you are charged with drug possession, several things will have to happen. For one, you will need to be apprehended in some way and for law enforcement to learn that you are illegally in possession of illegal or controlled substances.  In many cases, this may occur if a defendant is driving and pulled over for an unrelated infraction of the law.

For example, if an individual is driving over the speed limit, a law enforcement officer may pull over the individual for that reason.  Once the individual gives the officer significant reason to search the vehicle, that individual can be charged with drug possession if drugs are found. However, there needs to be reason for the police officer to conduct a search or the charges could potentially be dropped.

After You Are Apprehended By Police

Once You Are Put In Jail

Once you are processed by the local police department, you will have an arraignment hearing. At this point you will be advised of your rights and bail will be set. If you have the money or go through a bail bondsman you can then post bail so you’re not left in a jail cell for months to find out your fate. At this point you will want to entrust in some legal counsel from a good attorney who can help get your drug possession charges dropped and who knows the system and all of the loopholes.

Really Amazing Tip On Your Drug Possession Charges And Steps To Take:

In addition, if you can not afford legal counsel, another option is to schedule a consultation from a really good criminal attorney or get a case evaluation. Sometimes they will point out things you may not have known which could lead to charges being dropped or dismissed. This is why lawyer consultations are so valuable and they can be done by any criminal attorney!

With the help of a drug defense attorney, drug possession charges can in fact be dropped. However, it isn’t always easy or likely for charges to be completely dropped or dismissed.

Although having charges dropped is a difficult process, it is possible if you have the right attorney by your side. At the very least, your attorney will work the system in a way that you will see a positive outcome to your charges.

Some example outcomes of working with a drug defense attorney for drug possession charges include:

What Are The Likely Penalties Of Drug Possession Charges?

Here are a few of the likely penalties for drug possession charges.  Keep in mind, it is very important to consider the type/schedule for the drug charge and also the location that you are arrested in. Felony drug charges and offenders who have previously been in trouble with the law face more serious penalties from the government than misdemeanor drug charges.

There are many different types of drug possession charges.  Sometimes charges can come in combination with other charges such as DWI, under the influence and possession of drug paraphernalia. An example of this is if you are pulled over for suspected DWI and have a crack pipe or needles in addition to CDS.

A few of the drugs people frequently get arrested for possessing include:

Fines between 5k-600k for possession charges

Fines between 5k-600k for possession charges

In this section we will directly answer the question of how to get drug possession charges dropped. If you hire a skilled and aggressive criminal defense attorney, it’s likely one of these can work or at least reduce your charges significantly.

TIP 1: Prove That Your Rights Were Violated

The first thing that a criminal defense attorney attempts to prove is that an officer or law enforcement violated the defendant’s constitutional rights. This is done prior to the case going to trial at what’s known as a suppression hearing.

Some examples of a defendant’s rights being violated include:

TIP 2: Demonstrate That There Was A Mistake

If you can demonstrate that a mistake was made in any way, your drug charges will likely be dropped and you will not have to go through the criminal court process. Not being read Miranda Rights is one mistake that can be made during an arrest. There are many other examples too that, if proven, may lead to drug possession charges dropped.

TIP 3: Make A Deal To Reduce Your Charges

Deals could be significantly reduced fines, no jail time or prison sentence and going to rehab in place of jail time.  The reality is that it sure beats a 4-30 year prison sentence, don’t you think?

TIP 4: Prove There Was A Police Abuse Of Power

A police abuse of power occurs when law enforcement abuses the power that they have and takes advantage of their position. Some common examples of this include:

TIP 5: Prove There Was No Probable Cause To Arrest

If you can prove that there is no probable cause for an arrest, you can move on home free and get your possession charges dropped. This involves a lot of research and the representation of a criminal defense attorney. However it is something that is very possible to do with the help of a good lawyer.

TIP 6: Demonstrate That There Was A Mistake In Criminal Complaint

TIP 7: Show That The Stop And Search Was Illegal

If you or your criminal defense attorney can prove this to the court, you will be very fortunate and will likely not see the inside of a jail cell.

TIP 9: Learn If There Was Lost Evidence

A loss of evidence certainly does not happen very often. But every now and then, law enforcement officers during the heat of the moment may fumble and get confused.  So if there has been a loss of evidence and it is something that your attorney is able to uncover, you will certainly be fortunate with your drug possession charges.

TIP 10: Find Out If There Are Unavailable Witnesses

If there are unavailable witnesses that are key components to your criminal charges and drug possession case, then it’s possible your case may never develop into much of anything. Without the substantial evidence that is needed and key witnesses to a crime, it’s very possible your charges may be dropped altogether.

Not every criminal law firm will be able to prove one of the above things and lead to a drug charge case getting dropped or dismissed. However, if anyone can do it, a criminal defense law firm probably and very likely can.

Barkemeyer Law Firm is a Louisiana law firm that specializes in drug charge and DWI cases.  We have multiple locations throughout Louisiana and can help with any type of case, large or small.

If you want the best chance and a great attorney, Barkemeyer Law Firm is the law firm you can count on.  You can request a consultation on this page here and speak to one of the firm’s expert drug attorneys about any drug possession charges you may be facing. We at Barkemeyer Law Firm look forward to hearing from you and helping you get your drug possession charges dropped.

Conclusion: How To Get Drug Possession Charges Dropped

We hope this post has been informative and helpful and that you’ve learned a lot about your chances of getting drug possession charges dropped.  Hiring an attorney is the very best thing you can do to get this desired outcome. And at the very least they can greatly reduce any of the penalties for drug possession.

You should now have a better understanding of how to get drug possession charges dropped and we wish you all the best.

how to get drug possession charges dropped