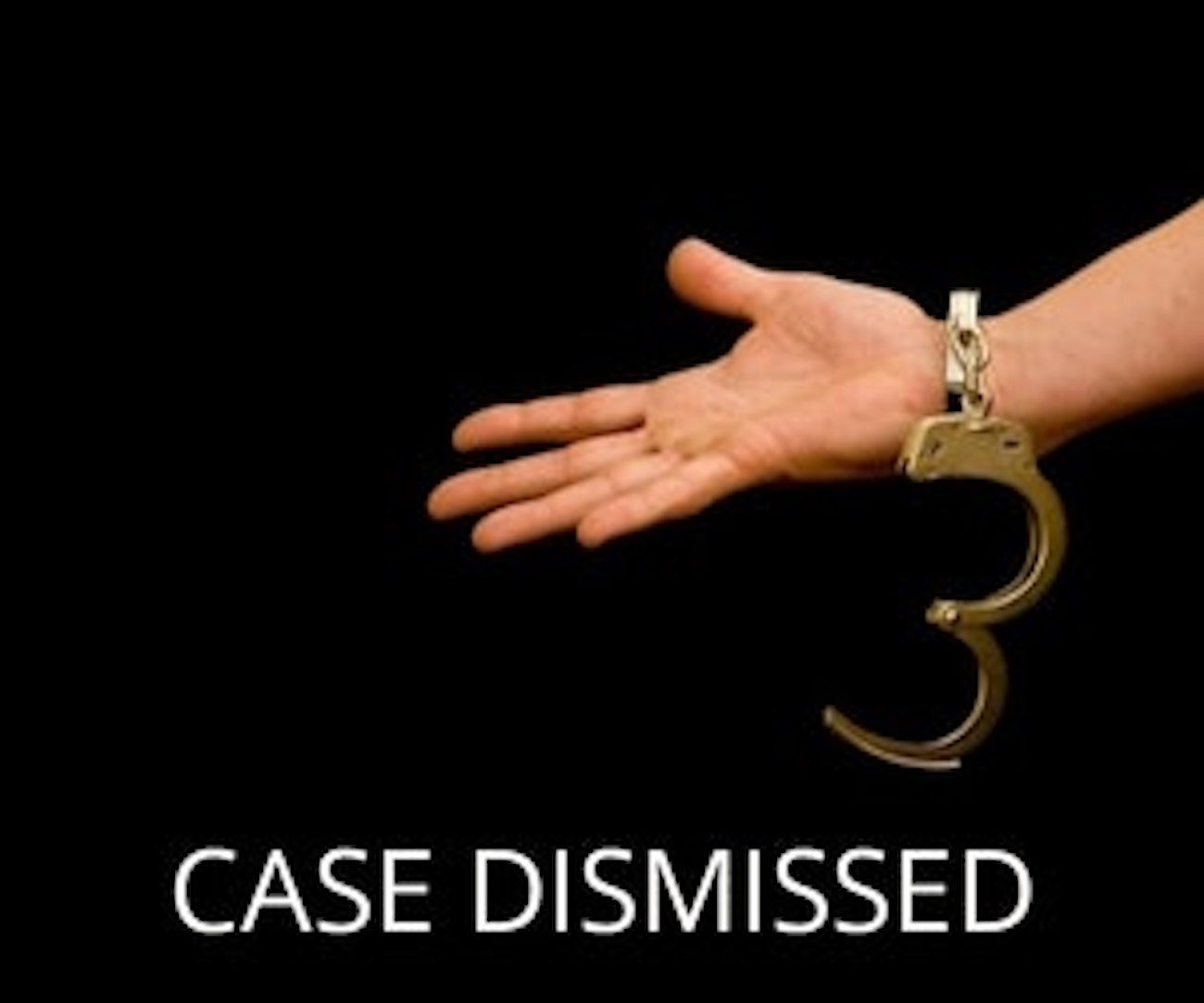 How to Get Drug Possession Charges Dismissed

This article was hand-written by me (Attorney Carl Barkemeyer). I am the managing partner of Barkemeyer Law Firm. My associate attorneys and I focus primarily on fighting drug possession charges and have done so for dozens of years. I wrote the book on How to Defend Charges in Louisiana, which was published and can be obtained on Amazon. We provide lectures and advice to other lawyers seeking help with their own client’s drug cases. Defending drug charges is what we know.

What You Should Know About Drug Possession

It is illegal to possess drugs without a prescription if they are considered controlled dangerous substances and listed in the Louisiana statutes.  Louisiana has placed these drugs into different schedules which are Schedule 1, 2, 3, 4, and 5, depending on how dangerous the drug has been determined to be. This determination is based on the drug’s addictive qualities and potential for abuse. Interestingly, marijuana is listed as a Schedule 1 CDS which is designed to be for the most serious drugs.

Fight Drug “Possession” to Get the Charge Dismissed

The defendant would be in actual possession of drugs if the drugs were on his person which means he had the drugs in his pockets, cigarette pack, or in his hand. This is the easiest scenario for police and prosecutors to prove possession of drugs. Getting a drug possession charge dismissed when there is actual possession may be the most difficult way.  For example, a defendant could argue that their brother put the drugs in his pocket when cops pulled up and so the defendant didn’t intentionally possess the drugs on his person. Whether this defense would hold up is up to the jury.

For example, let’s say a car is pulled over with two people in it. There is a bag in the backseat with a pound of cocaine in it which warrants an arrest for cocaine charges. Neither person claims ownership to the police officer. Both are arrested. The prosecutor will likely charge both people with possession of the drugs as joint possession. It could be that they went in together to buy the cocaine and so they both have ownership rights in the drugs.

Unless there are some other facts the defense could present to show one of the defendant’s didn’t have ownership of the drugs, then it will be hard to get the drug possession charge dismissed.  Nevertheless, if there are facts present to show the passenger was just riding in the driver’s car and didn’t have any dominion and control over the drugs, then this is a good defense to getting the drug possession charge dismissed. This is a common scenario and believable.

Drugs Found in a House or Apartment

Many arrests occur when police enter a residence either through knock-and-talk, hot pursuit, or search warrant and make arrests of multiple individuals. This “drug house” may be leased to one individual with only him living there or others crashing or living there. These cases can get sticky because there could be multiple drugs found in different areas of the residence. Cops will sometimes try to question everyone to determine who will confess to possessing which drug. Other times, they will just arrest everyone and leave it up to the courts.

If a defendant is found in the back room of a residence he does not live in, we argue the drugs found in the kitchen or living room are not his because he doesn’t live there and the owner/dealer possesses those drugs. There is no reason to believe the defendant visiting the house is in possession of another man’s supply. This is way to get the possession charge dismissed with the district attorney.

On the other hand, the owner or tenant of the residence could argue that the visitors to the house brought the drugs and so those drugs were not his. He had no right to those drugs. He didn’t buy them. Consider this, if a woman comes to your house holding a purse, the purse doesn’t become yours because it is now in your house. She still has ownership over that purse. You have no rights to it. You do not possess that purse. Case dismissed.

Drugs Found in a Car

Many drug arrests occur as a result of the police officer discovering them in a vehicle. It goes like this: the police officer spots someone creeping along or looking suspicious because officers do this all day every day. Let’s be honest. Police officers know when someone is up to something. They may follow someone until they see a traffic violation or the officer might even make it up to support the stop. Other times, the officer is making a legitimate traffic stop with no intention of discovering drugs.  Either way, the officer approaches the vehicle during the investigatory stop and says he smelled marijuana. This gives him probable cause to search the vehicle. Drugs are found in the vehicle. The arrest is made.

This scenario is probably one of the most difficult to defend on the stop and search. Nevertheless, we know of ways to minimize the damage. The prosecutor still must prove the defendant knew of those drugs and intentionally possessed them. Also, the drugs must be tested and amounts proven by a certified lab. We can also try to work out a deal with the district attorney by showing our client is someone they need to help due to his personal situation.

If the officer doesn’t smell drugs, he may say the defendant appeared nervous and his itinerary didn’t make sense. This may give the officer time to legally call in the dogs to do a sniff. The dog is taken around the car and alerts to possible drugs. The officers search the area and find drugs.  These situations are very fact-based and every little detail becomes important when we’re trying to get the possession charge dismissed. Sometimes, things don’t line up in the officer’s statements and we can find a defense. It might be illogical or unreasonable as to what the officer is saying. The defendant could testify to counteract these statements. There could be other witnesses present at the time of the arrest that could testify for the defendant to discredit the officer’s testimony. Every case is different.

Fight the Stop and/or Search to Get Charge Dismissed

The legality of the police officer’s investigation is the first defense we consider. The defendant has constitutional rights against unreasonable search and seizure. If the officer violated those rights, we attempt to prove this at a suppression hearing before trial. If the judge believes the search and/or seizure was illegal, he may order the evidence to be suppressed from use at trial.  Many times, this can make the prosecutor’s case fall apart, which can lead to a dismissal.

Evidence suppression is a very common defense to drug charges, assuming the defendant’s rights were violated at some point by law enforcement. If the police have conducted a completely legal investigation, then the issue becomes whether the state can prove the alleged facts at trial.

No Consent or Probable Cause

After a cop legally stops a vehicle, he must have either consent or probable cause to search the vehicle. Many drivers will give consent even if they are holding drugs because they get nervous or trying to bluff the cop to see if he will really search it. If consent is denied, the dogs are coming. The dogs can sniff legally without it being a search. The smell of marijuana gives the officer probable cause to search legally. If we can prove there was no marijuana in car and no smoking going on and that the officer fabricated that, we may be able to get the drug possession charge dismissed.

Most Stupid Thing You Could Do

After an arrest, some defendants tend to ask themselves if they should hire a lawyer. Other defendants automatically know to go get a drug defense lawyer ASAP. The defendants that don’t hire a defense lawyer opt for the public defender who will usually only talk to them in court with no returning of phone calls and may not do all the work outside of court that we do.

Even if you think you have a bad case, we still know how to negotiate deals that help you. We don’t just wait until court to see what the offer is. We jump on it with the prosecutor and proactively work out the deal behind the scenes.  Trials with testimony and arguing in court is mostly for movies and songs. It happens in 2% of cases. So many more cases are settled without all that.  Smart defendants hire a defense lawyer that is a professional negotiator with a ton of knowledge and experience in drug cases.

If you were stopped in Louisiana and arrested for moving drugs, you will need the help of a highly-experienced drug defense lawyer. Drug charges are different than most criminal charges. Drug crime defense involves technical legal issues involving illegal search and seizure as well as technical issues revolving around the drugs themselves.

Mr. Barkemeyer and our associates have focused on defending drug crimes for our entire careers. We have successfully defended with drug charges stemming from possession of small amounts of marijuana to hundreds of pounds of heroin. We know the drug laws like the back of our hands and how to minimize the damage to our clients in court. Regardless of where in Louisiana you received the drug charge, we can help. We have offices in New Orleans, Shreveport, and Covington where we can meet to discuss your drug arrest.

You should now know how to get drug possession charges dismissed!