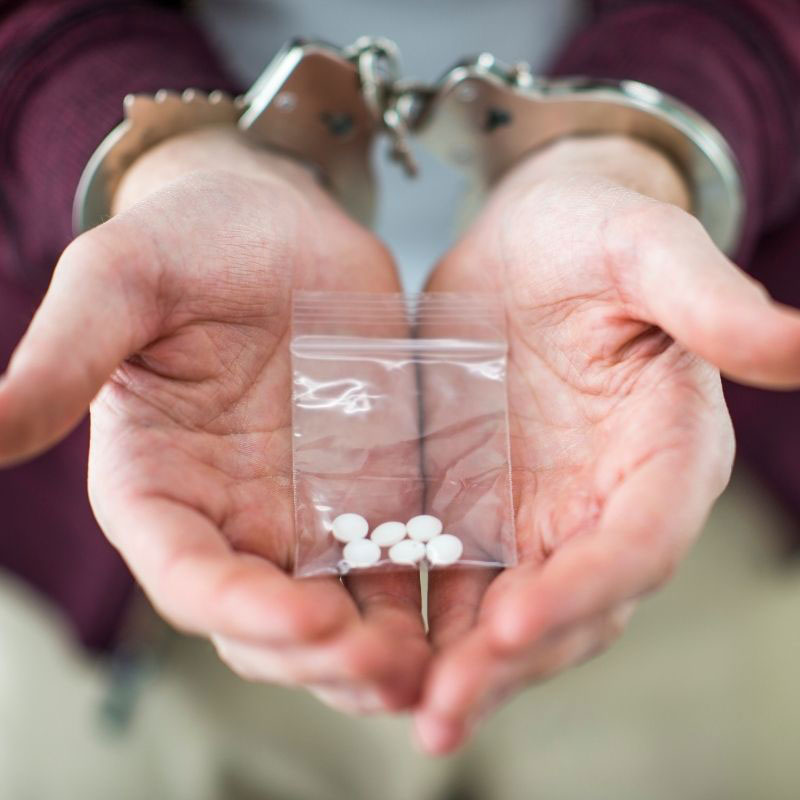 How To Defend Drug Charges

Unlike other criminal charges, there are unique and special challenges when it comes to learning how to defend drug charges.

What is drug trafficking?

There are both federal and state laws that deal with various drug trafficking charges. It is very important to keep in mind that most states’ laws are in line with existing national laws on drug trafficking. There are many examples where the federal agencies pursued and prosecuted the alleged individual stating the trafficker crossed state borders. On top of that, any case can be prosecuted federally if the prosecutor succeeds to establish that either there was a large amount of illegal substances involved or that there was any other federal criminal law like money laundering involved. They also can take over the case if any federal officer led the arrest or the investigation itself.

PRO TIP: Read this post on how to get your drug trafficking charges dismissed!

How to beat a drug trafficking charge

If someone is charged with drug trafficking, there are prolonged and serious consequences for that person and their family if not taken care of immediately. That is why any accused individual should take immediate action to defend their rights at all costs. Here are the situations in which you have the best chance to defend yourself from drug charges:

1. If There is a Violation of Constitutional Rights

Always remember that police officers are fallible. During a drug arrest it is very common for the police to violate a suspect’s constitutional rights. It can even happen during a search or questioning. Note that a violation of your rights by the authorities can result in an immediate dismissal of any possession charges. The example of such scenarios are:

•Failure to convey the suspects their rights

•Denial of an attorney to the suspect

2. If the Officers Were Mistaken

A very commonly satirized defense against drug possession charges, is to claim that “this thing is not mine”! But though you may not realize it, this can be a valid legal defense. If the defense attorney is good enough, they will put enormous pressure on the prosecuting squad to prove beyond a reasonable doubt that the substance in question belongs to the accused.

Consult with a criminal defense attorney near you to learn what to do if you think an officer made an error.

So now the question becomes this- what is the difference between a medication and an illegal drug? Put simply, a valid prescription from your doctor gives you the right to carry that particular substance. It is your lawyer’s responsibility to prove that you have an exemption to carry the substance. If that can be proven, then immediately the charges will be dropped by the authorities.

And in the specific case of marijuana, however, you must be careful- many states have already legalized it for recreational or medical use but at the federal level, it is still illegal. You can consult with a local criminal defense attorney for more info on medical exemptions and what to expect.

4. If There Is Fabricated Evidence or Police Misconduct

There might be exceptional situations where the police also break the law and produce fabricated evidence.

There might be scenarios where the government may even create circumstances to frame someone. In this scenario, the prosecution has a limited ability to present a strong case in court. That is why wiretaps, video and audio surveillance, combing through financial records, and undercover agents are handy tools they will employ in conducting drug-related investigations.

However, as the government is usually restricted to investigating the crime after it already has taken place, they will come up with new strategies to obtain the witnesses and evidence.

Whether during the alleged crime or after, If fabricated evidence is produced, this will be considered to be misconduct and the charges will be dropped. But again, it is up to you and your lawyer to prove such incidents occurred.

Conclusion- How To Defend Drug Charges

According to the case situations and circumstances one must choose the strategies to defend drug charges. The above-stated strategies charges will be dropped by the authorities, but only if you can prove it! In the United States, prosecutors will sometimes dismiss cases or reduce charges if they believe that a client has good legal representation and will be difficult to prosecute. Now you know all about how to defend drug charges!

how to beat a drug trafficking charge

How To Defend Drug Charges

Tips For Finding The Best Criminal Defense Lawyer In Louisiana

Is Drug Possession A Felony In Louisiana?

How To Get Your Drug Trafficking Charges Dismissed

What Are The Causes Of Drug Trafficking