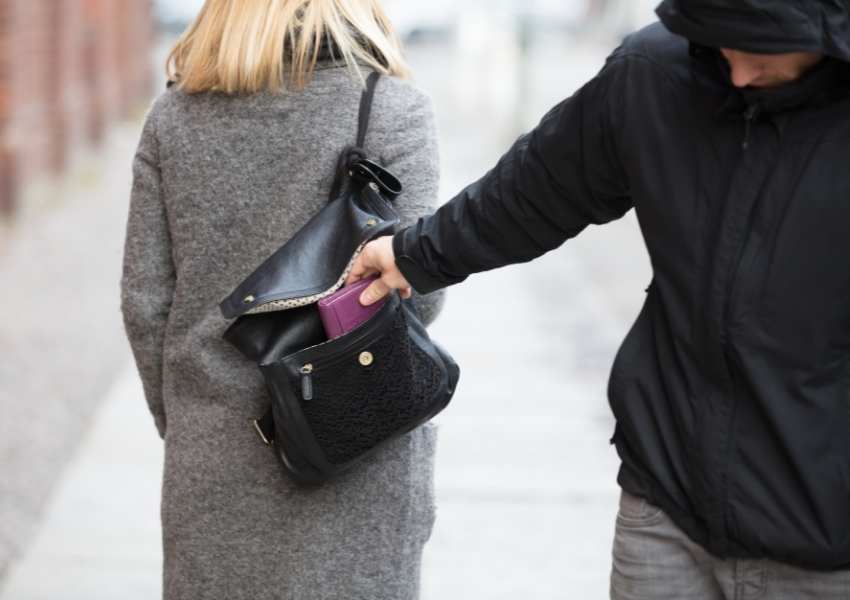 10 Defenses You Can Use When Facing a Theft Charge

You may be wondering about the 10 defenses you can use when facing a theft charge. Read on to learn more about the best defenses for any theft charges you may be facing.

Charged With Theft? — What Happens Now?

Learn about 10 defenses you can use when facing a theft charge. Prepare for your case and avoid the consequences of being convicted. A theft charge is taken very seriously by the legal system and can result in jail time, large fines, and the creation of a serious criminal record if you don’t have one.

When theft charges occur, one of the first questions people ask themselves is, “How could I get out of this?” If you’ve been charged with theft, it’s important that you understand what types of theft charges there are; otherwise, it will be difficult for you to mount a defense.

Another good question after having theft charges brought against you would be, “When can theft charges be dropped?” Well the answer to this is a little more complicated than you may have expected.

To have theft charges dropped after being suspected of a crime requires a proper defense. There are numerous theft charge defenses that can be used to fight the charges brought against you and have them dropped. In addition to this, you will need to hire the best criminal defense lawyer to help with any theft charges.

However, not all theft charge defenses work for every case. It’s important to understand the different types of theft crimes so that you can apply the most effective defense for your situation.

Theft crimes can be classified in a number of different ways, including:

You may or may not know which category your specific type of charge falls under; this is why it’s helpful to have an experienced lawyer on your side.

Let’s take a look at some common defenses for theft charges.

Finding an Appropriate Defense For Your Theft Charges

One of the most basic theft charge defenses is to claim you are the rightful owner of the property that was allegedly stolen. This defense can be used in any theft case, provided there is evidence to support your ownership of the property.

This type of theft charge defense can be complicated, as it often requires presenting evidence (e.g., receipts, pictures, etc.) to prove that you are in fact the legal owner of the property in question. If the prosecution can dispute your claim of ownership or present evidence to suggest you are not the legal owner, this defense will likely fail.

Intoxication can be a powerful theft charge defense, as it can lead to a lack of intent to commit theft. If you can prove that you were intoxicated at the time of the theft, and that this intoxication led to your criminal actions, you may be able to have theft charges dropped.

This type of theft charge defense is often used in shoplifting cases, as proving intoxication can be easier than proving lack of intent for other types of theft crimes. However, please note that intoxication alone is not enough to have theft charges dropped; you must also prove that you did not have the intent to commit theft.

The lack of intent defense is often used in grand theft and petty theft cases for people with a prior conviction on record. The idea behind this defense is that even if you did commit theft, you did not have the required intent to be convicted.

This defense is primarily used in cases where there is no evidence demonstrating that theft occurred. In these types of cases, it can be effective for the defendant to claim they had no intention of stealing the property in question and willingly gave it back after police were contacted.

A circumstance of entrapment occurs when someone commits an illegal act at the request or encouragement of a law enforcement official or officer of the law. If you can show that you committed theft only because a police officer specifically instructed you to do so, this may result in charges being dropped against you.

An example of entrapment would be if an undercover police officer asks you to steal a specific item for them and you agree. In this case you would likely be able to use the entrapment theft charge defense.

If you can prove that you were entrapped by law enforcement into committing the theft, you may be able to have the charges dropped or the case dismissed. However, this defense is difficult to prove and often requires the assistance of an attorney.

Unfortunately, charges are sometimes brought against individuals unjustly. If you can prove that the theft allegations against you are false, you may be able to have the charges dropped.

A false allegations theft charge defense can be used in any theft case, regardless of the category it falls into. This type of theft charge defense occurs when someone makes false accusations against another person with the intention of having them arrested or prosecuted.

This type of theft charge defense is often used in domestic violence situations, where one spouse falsely accuses the other of theft in order to gain an advantage in family court proceedings.

In some theft cases, the value of the stolen property is called into question. If it can be proven that the valuation of the property in question was wrong, theft charges may be dropped.

If you can show that the valuation of the property that was allegedly stolen was inaccurate, this theft charge defense can be used to fight theft charges against you.

For example, if the prosecution is trying to prove that you stole a $1,000 watch and you show that the correct valuation of the item is $100, this theft charge defense will likely succeed in having theft charges dropped or reduced.

In some theft cases, the accused is not present when the theft occurred. If there is no evidence connecting the accused to the theft, this may result in the defense gaining an edge in the proceedings.

If it can be shown that you were not at the location where the theft occurred, this theft charge defense may result in theft charges against you being dropped. This is why, if you’re being accused of a crime, it could mean a world of difference for your case if you have an alibi that can be corroborated.

This type of theft charge defense typically requires witnesses who can testify to your whereabouts during the time of the alleged theft.

If the accused party returns the stolen property before being charged with theft, they may be able to prevent theft charges and avoid prosecution altogether.

However, if you have been charged, in order to use this defense strategy successfully, you must prove that you returned the property that was allegedly stolen. For theft charges to be dropped against you, defense attorneys will need evidence showing that you returned the item in question.

This defense may not always get charges dropped, but returning stolen property won’t hurt your case and may lessen the consequences and sentencing if you’re found guilty of the crime.

If the accused can prove that they stole the property in question under duress, they may be able to garner some favor in the courtroom against the prosecution.

This type of theft charge defense occurs when someone is forced to steal property due to threats or intimidation from another person. If you can prove that you were coerced or threatened into stealing the property in question, this theft charge defense may be successful in getting the charges against you dropped.

For example, this type of defense can be used in situations where someone stole from their employer because they were being threatened with violence if they didn’t do so.

Asportation is the physical act of carrying or transporting stolen property. If you can prove that you did not carry or transport the property in question, your theft charges may be dropped.

The theft charge defense of asportation is used when theft charges are based on the fact that the property was not actually taken from its original location. This defense can be successful in cases where there are no witnesses to provide evidence proving that the theft occurred.

This defense is most often used in shoplifting and petty theft cases involving vehicles, such as car-jacking or car theft. The asportation theft charge defense is based on the idea that, without transporting or carrying away the property in question, you cannot be guilty of wrongdoing.

Know Your Rights and Build Your Case

If theft charges have been brought against you, it’s important to understand your rights and do what you can to fight the theft charges. Theft charge defenses will vary depending on each individual theft case; however, learning about these common defenses is a great first step in learning how best to respond in your own case.

Each of these theft charge defenses has varying levels of success rates; speaking with an experienced theft crimes attorney will help you determine which defense is most appropriate for your unique situation. Finding the right criminal lawyer for your case is key to fighting any type of theft charges.

There are many factors that need to be taken into account when fighting theft charges, so don’t try to go at it alone!

Barkemeyer Law Firm can help you build a winning defense for theft charges. We have locations in Covington, New Orleans and Shreveport so reach out to us if you want to know about the defenses you can use when facing a theft charge.

defenses you can use when facing a theft charge

Penalties for Possession of Amphetamines Louisiana

Penalties for Possession of Xanax in Louisiana

Is Heroin Possession A Felony In Louisiana?